The High Prevalence of the Haqtala Pattern in Contemporary Hebrew

The paper presents the findings of research showing how the use of the haqtala/haf'ala pattern has spread in the four layers of Hebrew. The research examined all the haqtala forms in the Even Shoshan dictionary (1988; 2003) and in the Ariel Comprehensive Dictionary (2007). Also examined were all the neologisms of the Hebrew Language Academy since 1954. The haqtala/aqtala (haspaqa/'aspaqa) forms and forms that do not differ in meaning (hona'a/honaya) were counted only once, but all appearances of homonyms, such as hašxara from šaxor (black) and hašxara from šaxar (dawn), were counted. The examination revealed that in Modern Hebrew, the number of haqtala forms greatly exceeds their number throughout history. In all, 922 nouns in the haqtala pattern were found, divided as follows: Biblical Hebrew: 4; Sages: 145, Medieval Hebrew: 222, Modern literature to date: 551.

The research shows that commencing with the literature of the Enlightenment and until today, some 60% of haqtala forms were created, indicating that the use of this form in the past 260 years has increased extensively. It is also prevalent in neologisms of the Hebrew Language Academy, seemingly owing to its transparency, which aids in understanding the neologism even at the cost of deviation from the rules of the language when no causative verb exists. The research also shows the creativity of living and revitalized Hebrew, and the notable contribution of the haqtala form in the neologisms of the language. 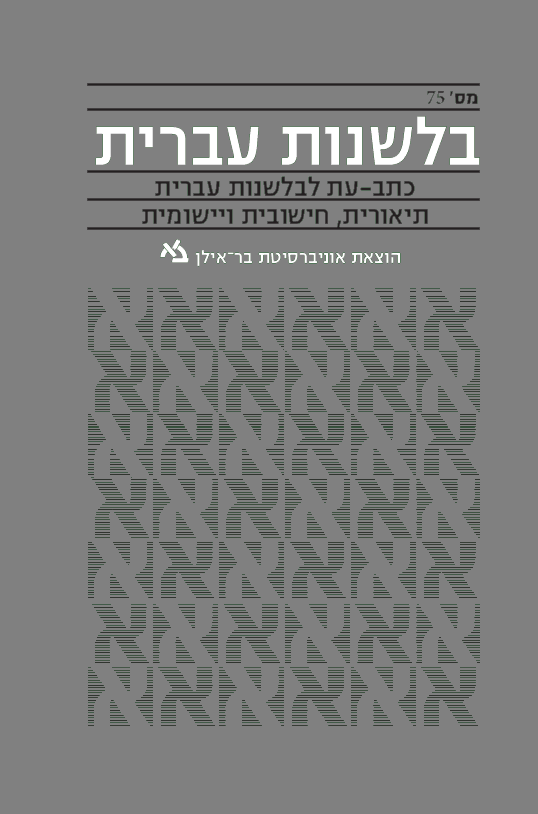